When we think of missionaries, we tend to think in terms of PLACE. Missionaries go places, like foreign lands, don’t they? We call them “mission fields”. They exist in exotic faraway places like Zaire, Ghana, Bolivia and many other “mission fields.” But still, they all revolve around PLACE — a country or, maybe, a continent. “He’s a missionary to Africa,” we might say, or “She has been called to Botswana.” 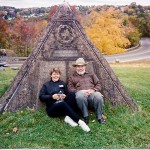 These were the opening words to our Winter 1999 issue of the MCOI Journal, ”Missionaries to America”. It is rare that churches in America think in terms of missionaries to groups, especially if these groups are in the United States. In the 16 years since that article was written, the mission field has grown greatly. 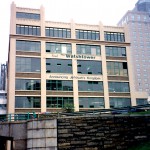 We are talking about the mission field of the cults, the occult, and false religions. The people who are caught up in these various groups are not foreigners in the traditional sense, but their practices and beliefs are just as foreign to biblical Christianity as any traditional mission field in a foreign land. Jehovah’s Witnesses (JWs), Mormons (LDS) and other pseudo-Christian groups seem to be gaining more acceptance by Christians, and often thought of as just another denomination of Christianity.

Sixteen years ago we were warning about the growth of Islam in the U.S, but for most this went largely unnoticed – that is until 9/11 of 2001. Everyone in the nation was glued to their television sets and radios that day, as we watched the burning and collapse of the Twin Towers in New York. Many people woke to the danger of radical Islam because of the attack on our homeland, but amazingly, that very awakening caused our nation’s leaders to launch a campaign to make sure that Islam was seen as a “religion of peace,” and the 911 attackers just an anomaly. We addressed this in ”WWMD (What Would Muhammad Do?)”and it remains our view that although there are literally millions of Muslims that do not engage in terrorism or violence, Islam at its root is not a “religion of peace,” nor was Mohammed a “prophet of peace.” Our leaders, including many leaders in the church, just don’t want to see the truth that is right in front of their eyes.

Wicca is growing through groups like the Covenant of the Goddess and the Fellowship of ISIS (not to be confused with the Islamic group called ISIS). But Wicca, or Witchcraft, is not the only occult practice that is growing exponentially among the young. The popularity of the occult and the paranormal is exploding throughout the culture, and our teens and tweens are being seduced on all sides through deeply occult themes in music, books, games, movies and television shows especially aimed at the young.

In the last 16 years, and primarily in the last decade, same gender “marriage” has become legal in several states and the U.S. Supreme court will likely be weighing in on this issue shortly, very probably making same sex “marriage” the law of the land. Even worse, gay activists are not satisfied with forcing the rest of us to tolerate their new “morality,” but indeed are determined to force Christians to completely accept and even celebrate their behavior. They will enforce this by suing any Christian business person who refuses to participate in their ceremonies. Indeed, some Christians have paid a very heavy price for their refusal to capitulate. Brent Bozell brought attention to a creative solution designed to prevent litigation of this type in the future in his article ”A Way Out for Christian Wedding Businesses?” :

Enter Father John Zuhlsdorf, a priest and blogger in Madison, Wisconsin. He has arrived at a solution for all these lawsuits that could turn the issue completely on its head. He counsels a big Yes for any gay-wedding requests, with a few promises written into the contract (with Catholic touches in this example).

Tell them that the food and services will be just fine. “And then inform them that all of the money that they pay for the services will be donated to a traditional pro-family lobby. If it is something like catering, where your employees have to be there to provide services, tell them that all your people will smile, be professional, and every one of them will be wearing crucifixes and have the Holy Family embroidered on their uniforms. Then show them pictures of your uniforms. When the truck pulls up, speakers will be playing ‘Immaculate Mary.’ Show them the truck and play the music.”

There is more but you get the idea. As good as the idea sounds, however, we doubt that such a solution will work in the long run, because the activists are virtually drunk on their recent successes, and are determined to stamp out any free thought in this area – stamp out Christianity, if it comes to that.

More churches and church leadership are beginning to come to grips with the fact that culture has largely moved on without the church, has become deeply anti-Christian, and is determined to win the culture war by any means. It seems that while popular church movements have been trying to figure out how to get unbelievers into the church doors, not enough effort has been made to train and equip believers to provide good answers to pagan accusations of homophobia, sexism, bigotry and intolerance, in order to rescue some from this increasingly pagan culture. The culture continues to slide more deeply into post-Christian paganism, at an ever increasing rate.

We believe that things will only become more and more bizarre as time goes on. We have been saying for nearly three decades that once homosexuality became completely normalized, the process of normalizing and accepting pedophilia as a “lifestyle choice” would not be far behind. After all, cannot pedophiles equally claim that they were born that way, cannot change, and in any case have a right to love anyone they want. Yes they can and they will. In fact, they already are. Last week a pastor friend forwarded the article, ”Q&A: Rutgers Law Prof Who Says Pedophilia Is Not a Crime”.

The culture today, as much as we fervently wish it weren’t so, is more like the First Century than any other time between then and now. The Church was born into just this sort of pagan culture and the early believers acted as missionaries to their neighbors and friends outside the church fellowship.

And now we are back to where we started this article. Joy and I are missionaries to America and the demands for our time and attention are greatly increasing. There is rarely a day that I do not get a phone call or email which will require an hour or more of time to respond to, to guide someone to a biblical understanding of an issue. Recently, I had a church contact me to try to schedule 3 successive Sunday evening sessions to address some critical cultural issues from a biblical apologetics standpoint. As hard as I tried, I could not work it out due to being an over-the-road trucker, to support ourselves and the ministry of MCOI. This week a Bible college called to schedule me to teach a one week module or 5 successive Mondays or Tuesdays on cults and apologetics. I had to ask them to give me some time to see if I can work it out, but over-the-road driving isn’t conducive to any kind of advance scheduling. I have had families contact me, desperate to have me meet with them to assist in reaching a family member that is involved in a false religious group, but again, I am not free to do that. I do not mind working and have worked all of my life, but it is a great handicap in this ministry. It was far easier to do the ministry when my work involved running construction projects. Unfortunately, construction has not really recovered from the so-called great recession, and trucking does not allow me the freedom I had then. Recently Joy, not only my wife but team driving partner, has retired from driving to spend more time on the ministry areas that she is equipped to do.

As we have praying about this and consulted with others, we strongly believe the Lord is calling us to this work full time. With that call is also the need for supporters. Prayer supporters are needed first and foremost. This is a spiritually difficult and challenging ministry even though I love it, and we will not succeed without the prayers of God’s people.

Financial supporters are also very much needed. We do have some very generous supporters, without whose help we would be lost, but we have generally tried to downplay the financial aspect of the ministry. We never charge people who come to us for help, and we believe as much today as ever that this is completely right. However, we do recognize that God uses His people to support His missions so, we are putting the appeal to you. Of course, Snarky the Apologist of YouTube fame will be working on testimonial videos to help other see how God has been using MCOI, but many of you are already aware of that. Currently, we have sufficient support to pay the operating bills of the ministry. We are very grateful for that. As we transition to having Joy off the truck, and me taking on a solo driving job, at least for the interim, we put a pencil to the question of how much we need to raise.

In doing the math, I need to point out that you will not be part of the 144,000 elite (as the JWs teach) but we would like you to consider being part of the 110. We are looking for God to raise up an additional 110 new regular supporters at $50.00 a month. Of course, some, perhaps many, will step up and say they want to support but can only do $10.00 or $25.00 a month. Others though may be able to support at higher levels, $75.00 or $100.00 a month. In whatever combinations, support should average out to 110 people at $50.00 a month. One current supporter donated a month’s support in order to have us ready to make the move to full time as commitments increase. We were so grateful and touched by this. Another person donated about ½ of a month’s support. It may well be that taking a new trucking job, as I have done, was unnecessary but we do want to be good stewards with what God has entrusted to us. So, how does it work? To make things as easy as possible, you can click on the “Donate” button on the upper right corner of this page and there are 5 options. One option is a single donation and you fill in the amount. The other 4 options are “recurring” amounts which are charged to your credit or debit card through a secure server. As it turns out, our credit card processor is also committed to this mission and donates the processing fee back to MCOI – another wonderful blessing. So, our blessings to you as you consider how the Lord may lead you in this endeavor and if you are so led, please let others know who may be interested in praying for and supporting Missionaries to America.
Don & Joy