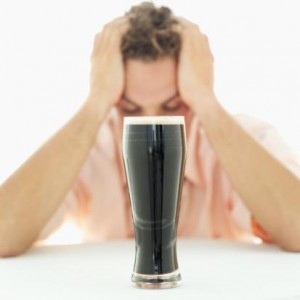 That’s where I found myself. My sponsor was unavailable (or at least I couldn’t bring myself to call him at 3 AM . . . which is just a poor excuse). I began the white knuckle mantra I can do this. I can just get up. Put the phone down and go to bed. Or . . .  (whispered the the tiny version of me with the white knuckles holding on for dear life) you could just check your email or watch television or surf the net or . . . Uh oh. White knuckles was joined by Captain Rationalizer. I like to think he looks like this: 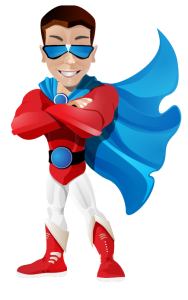 Together this dynamic duo would have had me surfing Google image in no time. Then a verse popped into my head from Galatians 5:16-17

Can I confess something, I’ve heard lots and lots of sermons and bible studies on Galatians but never really grasped what Paul meant by “walk in the spirit” I understand that it is the opposite of gratifying the desires of the flesh. And I surely know what it is to gratify my desires. But what is the analog to walking in the spirit. I’ll tell you what I used to think it meant: distracting my desires with reciting scripture, listening to wholesome Christian music, etc. I thought it meant reading my Bible when I was tempted. After all, Jesus quoted Deuteronomy to Satan in the desert. I thought it meant trying to change my mind. To think about other things rather than what I was tempted to think about. I thought it meant praying for the strength to resist temptation. Sounds a lot like “white knuckling it.” 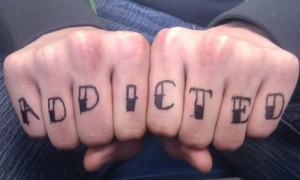 A lot of Christians are white knucklers. Their idea of walking in the spirit is to try by sheer force of will to “stop sinning” and “be spiritual.” 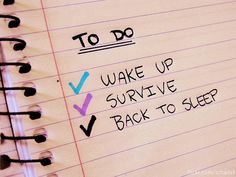 I don’t think that anymore. At that moment faced with my nemesis, the sin I’ve cuddled up to time and again, I started thinking about what “walking in the spirit really looks like” not what I simply assumed it must be. Context, Context, Context, right?

For you were called to freedom, brothers. Only do not use your freedom as an opportunity for the flesh, but through love serve one another. 14 For the whole law is fulfilled in one word: “You shall love your neighbor as yourself.” 15 But if you bite and devour one another, watch out that you are not consumed by one another.

To keep you from what you want to do. That’s what was going through my mind at that point in the face of captain rationalizer and his side kick the White Knuckler: What do I want to do right now? I can’t sleep. So what can I do that is the opposite of gratifying the flesh? Then it occurred to me that the works of the flesh and the fruits of the spirit which Paul sets in opposition here in Galatians look like a list of vices and a list of virtues.

Curiously the vices are all self-centered and the virtues are almost all other centered. White Knucklers resist their desires when they should be crucifying them through practices of virtue. Sin doesn’t die by abstinence; it dies when something takes its place. Traditionally protestants in general, and evangelicals in particular have concentrated on those vices and how to stop doing them. But what about the virtues? Well mostly we left that to Catholics for fear we might mistake the cultivation of virtue for working for our salvation.

If the fruits of the spirit are virtues, and they are, what it means to walk in the spirit actively, then couldn’t “walking in the spirit” be about cultivating certain virtues rather than indulging in certain vices?

Let me explain what I mean:

A vice and a virtue have one thing in common. They are habits. They grow and flourish for either good or evil by repeated actions. Vices don’t grow over night. James describes the process :

13 Let no one say when he is tempted, “I am being tempted by God,” for God cannot be tempted with evil, and he himself tempts no one. 14 But each person is tempted when he is lured and enticed by his own desire. 15 Then desire when it has conceived gives birth to sin, and sin when it is fully grown brings forth death.

What about virtues? Here 2 Peter 1:5-9 offers a similar process:

. . . make every effort to supplement your faith with virtue, and virtue with knowledge, 6 and knowledge with self-control, and self-control with steadfastness, and steadfastness with godliness, 7 and godliness with brotherly affection, and brotherly affection with love. 8 For if these qualities are yours and are increasing, they keep you from being ineffective or unfruitful in the knowledge of our Lord Jesus Christ. 9

If these qualities are yours and are increasing, they keep you from being ineffective or unfruitful. The opposite of sin and vice is not white knuckling; it is building habits that oppose the vices of the flesh. In fact Peter says that we have not only been called through the knowledge of Christ but to his own virtue in 2 Peter 3:

His divine power has granted to us all things that pertain to life and godliness, through the knowledge of him who called us to his own glory and excellence

That word “excellence” is the same word translated “virtue” in in verse 5.

Sitting there at 3 AM and my vice, lust, rears its ugly head. I have a choice: I can try to white knuckle it and distract myself or I can try to do something that cultivates Chastity. Which is traditionally the opposite of lust. Chastity is not merely abstinence until marriage. For single guys or girls this will take more creativity to figure out how to practice chastity rather than just abstain from sex. However, for married guys like me, chastity isn’t abstaining from sex. Its learning to practice love for our spouse. We have a new born, so carving out time for marital relations has been difficult. So what could I do to work on chastity rather than indulge in lust? I could set about doing something for my wife to show her how much I love and desire her. In other words, I could think of ways to woo her again. So at 3AM after reading about the history of chastity and what it really means (traditionally it has been seen as a subsidiary of the fruit of the spirit called self-control or temperance), I started making a list.

So here’s a radical idea, what if evangelicals revived the idea of practicing virtues rather than simply abstaining from vices? What if our idea of practicing Christianity wasn’t just about quiet time and prayer? What if our first response to the sins we struggle with was to actively, carefully, and deliberately cultivate the opposing virtues? Struggle with pride? Set up a trip to a soup kitchen to serve others once a week. Struggle with lust? Figure out a way to do something completely selfless for someone you truly love every single day? Struggle with gluttony? Offer to feed people at the nursing home who can’t pick up a fork twice a week. You get the idea.

Or, you know, we can keep trying to white knuckle it.