Recently a pastor in Raleigh North Carolina blogged about what he would say if one of his children told him that they were gay. He got lots of flack and lots of pats on the back. I think if he had a nickel for every time someone quoted Romans 1 he could build his own youth center. However, he kept coming back to the same set of questions:

How would you respond if you found out your child was gay?
What would you do, specifically?
What do you say, exactly?
Do you share the news with friends, family, and church family?
Do you get them some sort of treatment? What kind?
What do you pray?
How do you determine if they are “well”, or fit for inclusion into Heaven?

In short, how would your specific response to a gay child be different than mine? 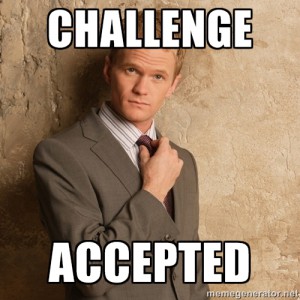 I want to answer these questions in this next post as sort of a way of working out what I would say if one of my children told me they were gay. However, it occurred to me that “coming out to me” might come in several different forms and each would require a different response. Pastor Pavlovitz cuts to the heart when he says, “What do you do when your principle becomes a person; one you love, live with, and are raising?”  In other words people are messy and they have real feelings. So these short letters are a way to anticipate that and deal with it. There will be no snark here. I can say that Pavlovitz’s views on the authority of scripture are sloppy and, in my opinion, wrong-headed. But that’s a debate about hermeneutics and ethics and not one I’ll likely have with him.  So instead I will respond to exactly what the pastor asked. The first letter imagines that my child comes out to me the way it, sadly, happens so often. The parent is finally told what they probably suspected for sometime. Next blog post I’ll deal with the scenario where my son or daughter tells me they have same sex desires and wonders if they might be gay.

So you came to me to tell me that you are gay. Actually the way you said it was “Dad I have a Boyfriend” or “Dad I have a girlfriend.”  First of all thank you for telling me. I can only imagine how scared you were. I know you must have been scared because you had to hide this from me for this long. Obviously if this really happened I wouldn’t be responding in a letter. I would have immediately called you and reaffirmed our relationship over coffee or ice-cream (depending on your age). But this is the imaginary you, not the real you, so we’ll just pretend we are now talking instead of emailing or what not. Hopefully, you would not actually be so afraid of me that you couldn’t talk to me. I’ve experienced enough of that in my own family history. At any rate, thank you for finally telling me. My first statement is very important and it will be almost the same in any context you would tell me. Ready, here it goes darling:

You are safe. Got that? I hope by now I’ve raised you to know that I WILL NOT blow up or disown you. This conversation will not be like the ones you’ve seen on line or that your gay friends warned you about.  You are always, always welcome in my home. So is anyone you want to bring here. You and your significant other will be treated with lavish love, respect, and humility. The same house rules apply now that you have told me this as they have always been: If you are not married you don’t sleep in the same bed. Please respect this. I will not have let your sibling have sleepovers with the opposite sex when they were teenagers and nothing has changed. But no one is unwelcome in our house for Thanksgiving period.  And if ANYONE in our extended family ever tries to hurt you because of what you have told me, I will defend you with all the passion and righteous indignation you know I’m capable of mustering. You are my child and I will never ever give you up. I won’t talk about “treatment” unless you call prayer and soul-searching scripture treatment. There are debates about genetic causes and behavioral causes and I’m not wholly convinced that every gay person is gay for the same reasons. Chances are I’ve suspected you are gay for sometime because I have been an active part of your life. The only way I’m not a part of your life is if you shut me out. Got that? I ain’t going anywhere.

You are not going to Hell because of this. You know what I believe about hell. You don’t go to hell because of what you do or don’t do. Same goes for Heaven. We don’t play those plastic halo games. By now, hopefully, you know what it is to put your faith in Jesus for your salvation. I’ve drilled it in to you ad nauseum. When you told me that you wanted to follow Jesus, you meant it.

Now for the really really important question. Sweetheart, do you still want to follow Jesus? I don’t mean Hollywood Jesus who just wants you to be happy. I don’t mean hipster Jesus who thinks being nice, anti-war, and occasionally feeding the poor is all you need to do to be a disciple. I don’t mean gay Jesus, straight Jesus, or Da Vinci Code married Jesus.  I mean real, honest, call-the-pharisees-a-brood-of-vipers  Jesus who says deny yourself and take up your cross?  You know the one who said very little about happiness but a heck of a lot about holiness–the Jesus I hope I have modeled for you albeit imperfectly? Do you, still want to follow THAT Jesus? If so then we can debate whether that includes being married to someone of the same sex. We can get out dad’s Greek New Testament and the giant Hebrew lexicon. You can try to convince me that the entire Christian story has room for the picture of Christ and his church that includes two females or males, however much in love, engaging in regular sex rather than the picture of a Jesus and his Bride. I will, no doubt, respectfully disagree. But I will always have time to debate this with you. We can watch debates between Gay apologists and Theologians if you want to. (You know I will debate at the drop of a hat and you can drop the hat anytime you want sweetheart!) and if you convince me that following the real Jesus and his story can accommodate gay marriage, then you will have my blessing.  I’ll even officiate. And then, and only then, married rules about sleeping arrangements will apply to you. But, honey,  you better bring your A game not just some 5 minute video or sloppy arguments about miss-matched clothes in Leviticus or how Romans 1 is about pederasty. I taught you how to search the scriptures for yourself didn’t I? Well, I’m here and I have an open mind but an open mind is like an open mouth, it’s made to bite down on something. You’ve heard me say it before: “We can agree to disagree, but disagreements are active things not past events.”

Following Jesus isn’t about being a fan of Jesus. Its about taking up your cross. You say you are gay. Okay. But what does that mean for you as a disciple of Jesus? What do you do when your principle becomes a person; one you love, live with, and are raising? Unless you can convince me otherwise I think it means you will need to be celibate for the rest of your life. That’s okay you’re in good company:  Paul, and Jesus himself. Jesus didn’t get married because God didn’t want him to be happy. He was already married to his Bride the Church. That’s you and me. We are his bride. And our husband says there is a specific picture (a piece of performance art if you will) that he wants us to act out. That picture is to show the world we are his Bride. We do that by male/female marriage or celibacy. Both have their place and both have their own particular difficulties. But if you want to follow Christ I will listen, and cry, and pray and be right beside you as you face the loneliness that this call of God puts on his celibate disciples. You may have dark nights of the soul but you won’t have them alone.

Now if you tell me “Dad, whoah. It’s not fair that you get to have sex with Mom and I don’t get to have sex with anyone.” then you’ve missed the point. Fairness has nothing to do with radical sacrifice. If you are telling me that’s not really what you want out of life–that sort of Jesus that I’ve always modeled is too constricting, or patriarchal, or whatever, then this isn’t about you being gay. If you tell me that I should just lighten up and get with the times and stop being archaic, outdated, or irrelevant and that you know that God just wants you to be happy and that includes having mutually gratifying sex with whoever you darn well want, then this isn’t about your desires.  If you are telling me that you just want to serve a convenient Jesus who not only loves without condition but without content then everything else I’ve said about what I will do for you still applies. But if you love me, darling please, please don’t tell your gay friends or your boyfriend that your problem with me is that you are gay and I don’t like it. The problem is that you have changed your worldview and I will say to you what you’ve heard me say to ever person who tells me they don’t need the God I believe in. I will love you fiercely and that means I will love you enough to try and convince you of what I believe is God’s story. And I will love you in a way that would be insane unless that God existed. I will lament that you have chosen your life of pursuing pleasure over the sacrifice of participating in the call of discipleship (note I’d be saying the same thing if you told me you wanted to go off and live with your opposite sex partner outside of marriage . . . promiscuity is promiscuity, baby.) In other words, I will love you enough to engage with you because if love you then I must want what’s best for you. That is the full content of a my unconditional love. That is my promise.