A Moral Majority No More 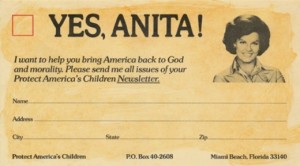 Russell Moore, newly appointed president of the Southern Baptist Convention commission on Ethics and Religious Liberty thinks he knows.  The particular change that concerns Moore is that the days where one could assume most people were at least respectful of a Christian worldview are over.

Surprisingly Moore thinks this is a good thing.

Backed by the Romanesque columns of power in Washington, Moore gave a speech announcing that the “times they are a’ changin.”

Baptist Christians have given me a responsibility that I gladly accept and receive on this day. But it comes at a time when, brothers and sisters and friends and neighbors, we can no longer pretend that we are a moral majority in this country.

Moore is referring not just to the Moral Majority, a political action coalition started by Jerry Falwell that sailed Ronald Reagan to a two term victory, he is referring to an easy assumption that Christians have enjoyed since the 1950s–that even non-Christians hold much of our worldview. That is no longer true. Let that sink in. Now that fear you feel along with images of Sodom and Gomorrah that are flashing through your brain, give that to God. And contemplate this: We were never promised that culture would bend and embrace us. I had to disabuse myself of that presumption and the fear and anger that comes with realizing I wasn’t promised anything like comfort. That fear and anger leads to the dark side. It leads to end-justifies-the-means thinking. And it can so easily beguile us into believing that our primary mission is the preservation of our culture and our influence instead of the promulgation of the Gospel.

The Bible Belt is collapsing. The world of nominal, cultural Christianity that took the American dream and added Jesus to it in order to say “You can have everything you’ve ever wanted and heaven too” is soon to be gone. Good riddance.

Okay, a little cheeky to compare modern culture war with Roman conflict. After all, Jesus chose to incarnate as a human with zero actual power to change the Roman empire politically (well short of bowing down to Satan in order to have Rome handed to him). Neither did any other Jew.

We here in God-Blessed America do have power to wage culture war. The blessing of Democracy allows us to form things like the Moral Majority to fight pornography, abortion, same-sex marriage, and taxes.  Democracy is however a double-edged sword that swings viciously with every new election cycle. One can enjoy the heady call of war when one is part of the majority. One can treat the outliers like wayward parishioners who need a stern talking to and a hopefully a hug to enter back into the fold. Not anymore. The sword of Damocles has swung against the late moral majority. Democracy has moved on past the fad of Christian America. America is not made up of lapsed Christians needing gentle pastoring from the pundit seat at Fox News. That generation has been replaced by one that has cut its teeth on syncretism, irrational passion, and selfies.  In a sense, Christians are like the Israelites who lived in Egypt relatively unharmed but at some point looked up and realized they were ruled by a kingdom who did not know Joseph.

Its scary to think of myself as part of a minority subject to prejudice and disdain–though Bill Maher and Richard Dawkins are making it easier. Robert E. Lee said something like “It is well that war is to terrible lest we grow to fond of it.” I wonder if what makes me so uneasy about becoming what Moore calls a prophetic minority is because I grow to fond of war. But war isn’t really what Jesus calls us to. Well at least not a war against flesh and blood:

Or as Moore puts it:

We must really question the paradigm of the majority and ask ourselves–ask myself–what do we want to be known for: A political action or colony of truth and compassion?

the kingdom of God is not made up of the moral; the kingdom of God is made up of the crucified. And our mission is to speak to a world of people who often are going to come to the end of that mess of potage that is sexual revolution, that is pursuit of self, and will ask, “What else is there?” The final word that we must have for those repentant souls, who throw themselves upon Christ after abortion, after murder, after family dissolution, should be, “There is therefore now no condemnation for those who are in Christ” (Rom. 8:1).

To me this is not a shift towards something like “private morality” or “withdrawal from culture” but rather a repentance from being enamored with glittering generalities about family values and common decency. The commons no longer share our view of decency. Futhermore, neither do many in our churches.

Judgment begins with the house of God and it especially begins for me. As always, dear reader, I invite your comments and thoughts.