All Who Wander Are Not Lost 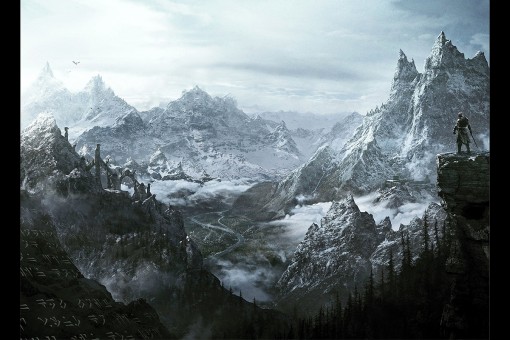 If there is a recurring, permeating conflict in my life, it is the pull of two forces: Fantasy and Reality. I have struggled with the proper place of fantasy and story within my Christian life since I first prayed a simple prayer walking around a magnolia tree during vacation bible school. I have already talked about my addiction to a good story. For me, it seems, the best stories are the ones in which truth is buried deep within a strange other-world layered with wonder and enchantment. You may have wondered where the phrase: “All Who Wander Are Not Lost” comes from. It comes from a poem by papa Tolkien:

All that is gold does not glitter,
Not all those who wander are lost;
The old that is strong does not wither,
Deep roots are not reached by the frost.
From the ashes a fire shall be woken,
A light from the shadows shall spring;
Renewed shall be blade that was broken,
The crownless again shall be king.

If you have never read The Lord of the Rings you owe it to yourself to block out Peter Jackson’s pop-art set of movies and dig deep for the roots of Tolkien’s worldview. One major element of that worldview is the idea of sub-creation. Tolkien believed that story-making or Mythopoeia was a reflection of our nature as made in the image of God. In his poem “Mythopoeia”, written for C.S. Lewis, Tolkein says that though we were created to reign and rule over creation, our fall from innocence destroyed much of our promise. However, our ability to create–to make stuff up–is the last vestige of our original relationship with God.

Though now long estranged,
Man is not wholly lost nor wholly changed.
Dis-graced he may be, yet is not dethroned,
and keeps the rags of lordship once he owned,
his world-dominion by creative act:

So that’s why I drew all those maps of far off worlds and lost afternoon after afternoon immersed in someones sub-creation. No wonder I would spend days trying to render on paper what I saw in my head. Understanding this makes me feel better about the pull toward fantasy and the urge to write and draw the great themes of good and evil, fall and redemption.

And yet like anything else, my warped nature can corrupt anything. I have played Dungeons and Dragons so late on Saturday night that I didn’t go to church on Sunday morning. I have spent a fretful Sunday grousing at my family because I was perturbed that the library was closed and I was jonesing  for a sequel to read. I have spent a week’s paycheck on comic books. There was a time when the real world was so unpleasant and harsh that I simply withdrew Gollum-like into my room and only came out for meals. My only portal really to the outside was a magical device which beamed me missives from other fantasy worlds peopled by Dr. Who and Transformers and something called Starfleet. I was content but I was not flourishing. I was not living in Christ. Oh I believed. Its hard for a 12 year old to doubt what he’s always experienced. But God simply wasn’t as interesting as the Marvel Universe. Sometimes, God still isn’t.

All that I made up as my sub-creation had the taint of my warped birthright. I remember once after reading a great Green Lantern story in DC Comics, I asked my mom “Do you think that there could actually be superheroes–people with extraordinary talents?” My mom, perhaps worried about the inordinate reclusive tendencies of her son that had to be stemming from all the stuff he was reading, simply dismissed my notion–quietly, succinctly.  I remember being not only disappointed but angst ridden–well, as angst ridden as a twelve year old could. Tolkein understood:

I wanted these things to be real so that I could make an idol of them. In essence I wanted the world to bend to my will. Tolkiein seems to relate:

Though all the crannies of the world we filled
with Elves and Goblins, though we dared to build
Gods and their houses out of dark and light,
and sowed the seed of dragons, ‘

There is a dark side to sub-creation. You see it in Goth culture and Vampire sub-culture and in the hungry eyes of middle-aged women who devour novels about dark brooding but gorgeous undead anti-heroes. My friend Ben Dyer says, “You see in these cultures what happens when a generation dines on shadows and ashes.” And I could have easily ended up there. I was an outsider. I was frail and shy and awkward. I  lived in a shadow of turmoil and domestic upheaval. Like the quest for the ring, I stood on the edge of a knife. Stray but a little . . . well you get the idea.

Still, as Tolkein says, the frost did not reach the roots. The thaw came from really two sources: A serendipitous discovery of C.S. Lewis’s Narnia and two courageous men who selflessly poured themselves into my life as disciple-makers.  Essentially, God in his grace connected these two parts of me: the fantasy and the real. Lewis awakened my soul to the joy of fantasy that is reflections of reality. Aslan says, “You have been brought here [to Narnia] so that you may know me better in that other world.”

Those disciple-makers awakened my character to the possibilities of the Gospel and my purpose as one of God’s children. Like some great ballast, my world was righted. I could visit those other worlds without fear of never returning because all truth is God’s truth no matter if it is found inscribed on a magic sword or spoken from the deck of a starship.

They have seen Death and ultimate defeat,
and yet they would not in despair retreat,
but oft to victory have tuned the lyre
and kindled hearts with legendary fire

No matter where I wandered I knew that these little tantalizing worlds  were only fractured light from a great holy source. Like Gandalf I too was a servant of a secret fire that burned far above these little creations. Not all who  wander in and out of stories are not lost but in important ways are seeking good news.

Blessed are the timid hearts that evil hate
that quail in its shadow, and yet shut the gate;
that seek no parley, and in guarded room,
though small and bate, upon a clumsy loom
weave tissues gilded by the far-off day
hoped and believed in under Shadow’s sway.