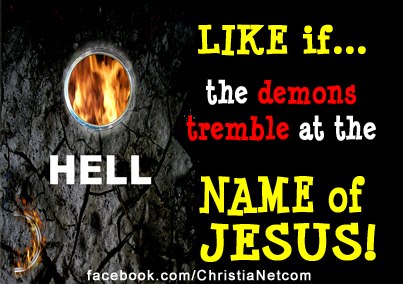 I remember the conversation as if it were yesterday. A friend and I were talking and the subject of God’s judgement came up. Slightly unusual since he is an atheist and I am a Christian, but only slightly because talking with intelligent atheists about God can be both enlightening and rewarding. The gist of the conversation is that talk of a  God worthy of worship and the concept of Hell were mutually exclusive. Not that unusual an objection as these conversations go. It didn’t catch me off guard. However, my atheist friend was criticizing the hellfire and brimstone shouting matches that went on daily in the center of campus between students (and sometimes faculty) and the more vocal members of the local branch of Christendom’s more vocal and annoying Christians. We were discussing this “Turn or Burn” sort of evangelizing and my friend said something that did catch me off guard. “If the fear of Hell is the reason that I should trust God, then what moral authority does God supposedly have other than he’s bigger than me?” The question is subtle but important because it isn’t questioning the justice of Hell as much as claim that acknowledging the threat of Hell is a good reason to follow Christ.

When I asked my four hundred or so Facebook friends to list some of the habits of highly annoying Christians, the turn or burn appeal was right at the top. Whether it was a poorly illustrated Jack Chick tract with cartoon drawings of tiny pitchforked devils that would be the envy of any 3rd grader, or some sidewalk prophet who would forgo an actual conversation in favor of a spit-laden invective complete with poetic aplomb: “Turn or Burn. Get Sanctified or Get French-Fried” so forceful and passionate that the Westboro Baptist Church cult would put down their signs and applaud (you know until they noticed the preacher wasn’t part of their fold), the message was clear. The Turn or Burn mentality annoys us.

So I would like to offer a lesson in what makes the purveyors Turn or Burn strategy is both annoying and deeply misguided.

1) They get Hell wrong. The problem with Turn or Burn is that it ignores a simple truth: God doesn’t torture people in Hell. Oh don’t get me wrong, I’m not jumping on Rob Bell’s “we-can-be-loved-out-of-hell” heresy. I’m saying that there is a simple but important distinction between torture and torment. Torture involves active participation in inflicting pain. To be waterboarded, you have to have someone doing the dunking. Hell is not a torture chamber with demons or devils gleefully roasting humans over a fire. Its not even a lake of fire where the populace is regularly barbecued because Revelation 20:14 says in what must be a figure of speech,  Death and Hell itself will be thrown into a lake of fire. It is rather a place of separation from God and torment because of it. Ever since I heard it, I have loved the line in Christopher Marlowe’s version of the Dr. Faustus story in which the devil Mephistopheles explains that separation from God is Hell:

Think’st thou that I, who saw the face of God, And tasted the eternal joys of heaven, Am not tormented with ten thousand hells in being deprived of everlasting bliss?”

If God is goodness and order and love, then any place totally devoid of God is evil, chaos, and hate. That is torment.

2) They don’t seem sad about Hell. Given their understanding of Hell as a torture chamber where God actively inflicts pain on others for not believing in Him, Turn or Burners seem all to happy to tell others they are going to Hell. The problem with turn or burn is not that they passionately warn other.  Jesus had harsh words of judgment that would make your skin crawl. rather its the delivery that makes it annoying. They don’t seem at all bothered by the reality of Hell. There is no sorrow in the warning. I remember when I first really looked into the passage where Jesus gives his “Woe unto you scribes and pharisees” from Matthew 23

Now, I’m quick to admit that this performance by Bruce Marchiano is pure speculation but don’t you hope its accurate? Don’t you hope that Jesus feels compassion for those he prophecies against? Reminds me of a story I heard in Mississippi when I was growing up. Seems two old men are sitting on the porch as old men often do and the topic of conversation came around to the new pastor at the local church. One gentleman remarked that he liked this new pastor better than the old one. The other asked why?

“Well, our last pastor talked about hell and the judgment of God too much.”

“Uh huh.” said the other gentleman. “And this new pastor”

“Well, he talks about hell and God’s judgment too much for my taste.”

“This new pastor does it with tears in his eyes.”

3)There are more Biblical ways to Evangelize.

Finally, what makes the turn or burn method of evangelism so annoying is that its not really New Testament evangelism. I’ll make a bold claim. No where in the new testament is the threat of hell used to convert someone from a pagan world view. Jesus talks about hell but always as a warning to those who at least share the worldview that makes hell real. He warns the complacent and self-righteous who falsely think that everything is right between them and God because they are acting good. I can’t find a single instance when Jesus or Paul tells any non-Christian they are going to Hell because they commit some particular sin. I think Tim Keller gets this right.

Being gay doesn’t send anyone to Hell anymore than being straight sends anyone to Heaven. Not going to church doesn’t send anyone to Hell anymore than going to church sends someone to Heaven.  No one is separated from God for eternity because they commit some particular sin. Rather, we are separated from God for eternity when we reject him. Gay people reject God. Straight people reject God. Drug Users, Hindus, Baptists, and NASCAR fans reject God. The problem with the judgment “you are going to hell because you do __________ ” is that its a red herring. It distracts from the problem. The problem isn’t homosexuality, drug use, porn, devoutly following a religion, or anything else. Its rejecting the Biblical message that we need a saviour. That’s it. The Gospel is simple. Social issues are complicated.

Given this theology, what makes more sense: warning of hell (a hell that most don’t believe exists) or asking and responding to the reasons people reject God and his church? In fact, there is one similarity between all of our habits so far: They are all ways to avoid a genuine, compassionate dialogue about a relationship with God. I leave you with the Swirling Eddies poignant song Hell Oh.

Hello
Is anyone here?
You don’t get the picture
Hell glows bright and clear
And I’m just a cynic talking about a white-bleached sepulchre
I’m bringing ants to your picnic
They’re feeding on a dead man’s bones

Hello
Isn’t it clear?
Have I failed to tell you?
Heaven is oh so near
There once was a cynic who talked about a white-bleached sepulchre
I’m the bee at your picnic who stung you ’til you had to run home