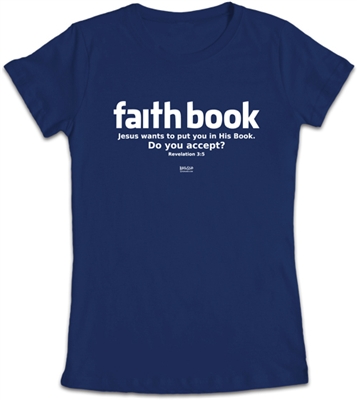 Our second highly annoying habit is one that belongs almost exclusively to evangelicals. I don’t really know who thought up the idea of parody t-shirts but they should be subject to some serious church discipline. I really seriously defy anyone to look at this list of the worst Christian t-shirts and tell me how they are more effective at spreading the Gospel than simply having a conversation with someone about their understanding of Jesus. Maybe (and its a “big” maybe) there is someone who saw someone sporting what, from a distance, looked like a a cool Abercrombie and Fitch t-shirt and thought, “That’s a cool shirt. I need some cargo shorts” but then when drawing closer noticed the “ABreadcrumb and Fish” and immediately thought, “Whoa. Okay. Maybe I should go read that story about the loaves and the fishes. In fact maybe I should talk to that guy about Jesus.” It is possible, but not likely. Making a parody of pop-culture does not invite spiritual discussion very often. I call this parody but its doesn’t really even rise to the level of parody since parody is “making fun” of culture and if its to prove a more important point we call it satire. But these shirts aren’t even that. They don’t lampoon popular culture in order to criticize it. It is more like being a parasite on the pop-culture in order to convey a message that can stand on its own.

But set aside the “cranky-old-curmudgeon-shouting-from-his-lawn” for a moment and I hope you will see that the Christian t-shirt industry belies a deeper problem. Evangelicals are cultural parasites when it comes to engaging the world on behalf of Christ. As Petra sang so long ago, we are pilgrims. We are strangers and ever since the first utterance of the great commission, we are envoys and ambassadors.

When I was growing up I was part of a group called Royal Ambassadors. I describe it now as Boy Scouts for Baptists. We did all the stuff boy scouts do (hiking, camping, rope-tying) but we also memorized a lot of scripture and talked about what it means to be “an Ambassador” The opposite of an ambassador is a parasite. Ambassadors give greeting from a different country. They facilitate citizenship from their host country to their home country and they provide a haven for resident aliens far from home. Parasites live off the their host.  They have “evolved” to subsist off of the resources the host provides. Their existence is determined by their hosts habits, ecology, and life cycle. Christian t-shirts are not the problem. Cultural parasitism is. It is perhaps a tired observation made long ago by Francis Schaffer and echoed by Chuck Colson, but Christians used to make culture not parody it. Michaelangelo did not copy he created.  George Manly Hopkins did not parody, he made poetry. Lewis did not lampoon as much as he lambasted the carnal nature.

Therefore I urge you, brethren, by the mercies of God, to present your bodies a living and holy sacrifice, acceptable to God, which is your spiritual service of worship. 2 And do not be conformed to this world, but be transformed by the renewing of your mind, so that you may prove what the will of God is, that which is good and acceptable and perfect.

Most of us have heard the Phillips translation of verse 2: “Don’t let the world squeeze you into its mold.” However we usually take that to mean don’t look and act like a secular world. But what if being a cultural parasite is just as much “being conformed to the world” as indulging in pop music, R-rated movies, and World of Warcraft?

This is not a call to disengage from the world in an effort to be in world but not of it. Ambassadors cannot afford to simply hold up in the embassy for fear of contamination. So don’t go burning that Katy Perry album merely to prevent spiritual contamination. (Musical contamination perhaps . . . ) Ambassadors cannot afford to lose touch with their hosts. However, we should be heralds of our home culture not imitators of our hosts. However, this is much harder than being a parasite. We have understand and celebrate just what the differences in our worldview and our hosts. Its always risky. Ever Ambassador in a hostile host country knows that there will be those who pour their hate on the ambassadors. When we make those differences clear, no matter how kindly we do it, as the US ambassador  Chris Stevens experienced,  we may very well suffer and suffer dearly. But its still better than being a parasite.