The Road to Pedophilia 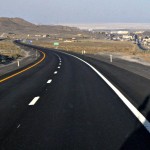 Over 20 years ago when Joy and I taught on homosexuality we suggested that in our opinion pedophiles would follow the road map which homosexual activists were developing as the path to “normalizing” and main streaming homosexual behavior. In the early 1990s at one of the MCOI conferences we did a panel Q&A. One of the questions raised was where did we see culture heading? Joy submitted that we but look back 20-25 years and note homosexuality wasn’t mentioned in polite society but was becoming normalized in the 1990s. That doesn’t mean that there weren’t homosexuals and there were even some very famous ones like entertainer, Liberace. Sexual activity of any kind simply hadn’t been the stuff of polite conversation in the past. She suggested that if we look ahead 20 – 25 years it is most likely that pedophilia will be on its way to being commonly accepted as well. The road is a simple one. Start with the psychiatric community, get pedophilia changed from being a psychological illness to an alternate sexual preference and remove basis for criminal prosecution.

The homosexual activists were able to do this in the 1973 edition of the DSM (Diagnostic and Statistical Manual of Mental Disorders). They did good P.R. work in the following years to change the public face of homosexuality and direct culture’s attention from what they were doing to a more emotionally appealing picture and get the general public to empathize and sympathize. We can see how well this has worked in a response someone just posted to our blog No Retreat but Much Surrender: Changing Christian Engagement on Homosexuality:

My gay friends practice working at various careers, keeping their yards looking nice, taking their cars for oil changes, taking their kids to Scouts and Optimist soccer, hosting Bible studies- you get the idea.

The basic argument is homosexuals are generally nice, responsible people like anyone else at your workplace or on your block. They really only differ in how they have sexual relations. They are born that way is an oft heard claim. Anything other than same gender sexual relations would be going against their natural desires it is unreasonable to expect them to not be completely sexually fulfilled. We might call this the empathy and sympathy defense. It can be a fairly effective salvo in an emotionally charged argument.

In the 2003 Lawrence v Texas case, sodomy was decriminalized. Over that period of time lobbyists worked within the political arena for legislation which would legally normalize homosexuality. Hiring practices changed. Businesses whose owners hold religious convictions in opposition to homosexual behavior could be sued for not affirming behavior they belief is wrong. More television shows included homosexual characters and the pressure to change the definition of marriage to include same gender relationships is mounting and will likely be changed by the Federal Government in the next few years against the will of the states. “But” some would cry out in exasperation, “what does that have to do with pedophilia?” Well, pretty much everything.

Following the well marked road of homosexual activists, in the 1990s pedophilia activists began working on changing the DSM from diagnosing sex with children as an illness to simply being another sexual preference. In the late 1990s an article came out in the American Psychiatric Association’s Journal of Psychology which proposed the idea that child molestation may not actually be bad. The article proposed that it would only be bad if the child felt bad and conjectured the only real reason a child would feel bad is because society labels the behavior as bad. We should begin using more affirming terms like, adult-child sex and get away from language like pedophilia and molestation. The article raised quite a furor as we, radio host Laura Schlessinger and others made the article more widely known. The magazine began a quick back paddle but the process had indeed begun.

Other things have been in the works by activists but last August a fairly high profile conference to normalize pedophilia was held in Baltimore. The purpose should sound familiar:

If a small group of psychiatrists and other mental health professionals have their way at a conference this week, pedophiles themselves could play a role in removing pedophilia from the American Psychiatric Association’s bible of mental illnesses — the Diagnostic and Statistical Manual of Mental Disorders (DSM), set to undergo a significant revision by 2013. Critics warn that their success could lead to the decriminalization of pedophilia.

A reason they give for the need to change the definition and even “its description of ‘minor-attracted persons’ as ‘inaccurate’ and ‘misleading’ because the current DSM links pedophilia with criminality.” Change the definition, use different terminology and the act can become more socially acceptable. MCOI is not alone in our view of what is going on:

Child advocate Dr. Judith Reisman, a visiting professor at Liberty University’s School of Law, said the conference is part of a strategy to condition people into accepting pedophiles.

Some groups are working to eliminate or substantially lower the “age of consent.” Here the activists can tie abortion to their cause. Sounds odd perhaps but if we think about it, a female child is considered mature enough to choose abortion without parental consent in at least states. If children are mature enough to make life and death decision regarding their offspring why aren’t they mature enough to choose who they want to have sex with regardless of age?

As this works its way down the road one day we will be told:

My minor-attracted friends practice working at various careers, keeping their yards looking nice, taking their cars for oil changes, taking their kids and neighbors kids to Scouts and Optimist soccer, camping trips, hosting Bible studies- you get the idea.

And of course, the claim will be that God made them that way. That does have an emotional appeal but doesn’t necessarily follow. We live in a fallen world and our desires are at the very least corrupt. Satisfying our sexual desires outside of His design of marriage between a male and female is not only not God’s first priority, He calls it sin. Some may even go so far as to point out that Jesus didn’t say anything about adults having sex with children.

This claim gives the illusion that since Jesus didn’t specifically speak to this issue, that He wasn’t opposed to it. Like homosexuality, pedophilia (and group sex as well) were all practiced in the first century Greco-Roman culture but was not practiced within the Jewish culture. Jesus was a Jewish Messiah, speaking to a Jewish culture about Jewish things. He did address the issue of marriage head on though in Matthew 19:3-5 (also Mark 10:3-8). He said:

Some Pharisees came to Jesus, testing Him and asking, “ Is it lawful for a man to divorce his wife for any reason at all?” And He answered and said, “Have you not read that He who created them from the beginning made them male and female, and said, ‘ For this reason a man shall leave his father and mother and be joined to his wife, and the two shall become one flesh’?

All of the basic elements of marriage are outlined and affirmed by Jesus. And is what we would consider to be a “a biblically traditional marriage.” Male, female, man (male) leaves his father and mother and is joined to his wife (female). Sexual relations outside of these parameters is by definition, sin.

None of the changes in sexual mores are really surprising if you think about it. I have said many times in the past that we are at book ends in time. The church was born in a culture which idolized sex. Marriage was between a man and a woman even in the Greco-Roman world but sex was largely recreational. Martial sex, homo-sexual sex, group sex (orgies), sex with animals, sex as a form of worship (the temple of Diana with the temple prostitutes) and men with means had a Catamite, a young man 12 or so years old, for the purposes of sexual gratification. All of these things changed as Christians influenced culture. They did so one person at a time as well as persuading those who shaped cultural thinking, the educators, political leaders, etc.

One of the points that both Jonathan and I have been trying to make is that working primarily through legislation may preserve our cultural comfort level a while longer but may not be the best way to shape and influence society. We may be better served to work at legislation which preserves and protects our ability to believe, teach and debate biblical truth without fear of imprisonment. Changing cultural thinking will best be done by challenging educators, politicians, news media, the film industry, etc. The church would be, as it was intended to be, a training ground preparing believers to be missionaries in their work places, neighborhoods and places of social networking. If the church continues its attempt to be more like culture in some vain attempt to gather more nickels and noses, pedophiles will likely be the next protected “sexual preferenced” minority. Will you be forced to not discriminate against them as child care workers and Sunday School teachers?