Marketing Racism for Fun and Profit with Jesse and Al 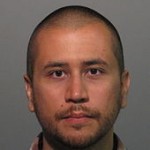 Wikipedia has a short article on the February 26, 2012,  Shooting of Trayvon Martin. In it they mention that Trayvon was an African-American but of the George Zimmerman, the one accused of shooting Trayvon they call him a “biracial Hispanic.” This is somewhat intriguing since they do not refer to Barack Obama as a biracial president in their piece, Barack Obama but instead describe him as “the first African American to hold the office.” Is this an attempt to create a link of racism on the part of George Zimmerman to his shooting of Trayvon Martin or an unwitting acceptance of claims of some in the media and especially of 2 religious leaders, Rev. Jesse Jackson and Rev. Al Sharpton? I don’t really know. Why describe George Zimmerman, whose father is White and mother is Hispanic as “biracial” and Barack Obama whose father is Kenyan (Black) and mother is white as “African American”? Perplexing. The New York Times and other media described Zimmerman as a “White Hispanic” but we never read of Obama as a “White African American.” As a nation we are schizophrenic on the issues of race. In large part this is due to 2 religious leaders who make their living not from the gospel (I am not certain they even know what that is) but from fomenting racism. Are they involved due to a concern for justice or for some other reason?

Zimmerman/Martin is a perfect case in point when contrasted with Murders of Channon Christian and Christopher Newsom. I don’t know if Zimmerman is guilty of Second Degree Murder or self-defense but then neither do Jackson and Sharpton. That didn’t prevent them from jumping on a jet to lead marches under the auspices of racial prejudice when the name “Zimmerman” seemed to mean “white guy” who shot what was being represented as a a clean cut all American African American youth who was just minding his own business on his way home when thie white, racist bigot began stalking him. When it came to light that Zimmerman was ½ Hispanic and looks Hispanic they were already committed and the press had to do big spin to make it all work. On the other hand, Christian/Newsom murders the victims were white and the 5 perpetrators were African Americans. Christian and Newsom were car-jacked and kidnapped; the description of the crime is a bit gruesome, sorry:

According to the testimony of the Knox County Acting Medical Examiner Dr. Darinka Mileusnic-Polchan at the subsequent trial of Eric Boyd, Newsom was repeatedly sodomized with an object and then blindfolded, gagged, arms and feet bound and his head covered. Barefoot, he was either led or dragged outside the house to a set of nearby railroad tracks. He was shot in the back of the head, the neck, and the back, and his body then set on fire.

Channon’s death came after hours of sexual torture, medical examiner Mileusnic-Polchan testified. Channon suffered horrific injuries to her vagina, anus and mouth. She was not only raped but savaged with “an object,” possibly a broken chair leg, the doctor testified. She was beaten in the head. Some type of chemical was poured down her throat, and her body, including her bleeding and battered genital area, likely scrubbed with the same solution – all while Channon was alive, the forensic expert said. She was then “hog-tied,” with curtains and strips of bedding, her face covered tightly with a small trash bag and her body stashed inside five large trash bags before being placed inside a large trash can and covered with sheets. Channon died slowly, suffocating, the medical examiner said

What is missing in all of this? There was not a word from Rev. Jackson or Rev. Sharpton. There is little profit in speaking out for the victims when the perpetrators are part of the group you profit from by portraying as victims. I am not saying that racism doesn’t exist, it does but there is no evidence that was part of what happened between Zimmerman and Martin. Racism is but another example of the fallenness of man and the result of sin. Sharpton and Jackson have exchanged the biblical teaching on sin for the politically correct and highly profitable venue of skin color. Discrimination, including slavery, existed in the first century. Non-Roman citizens did not have the same rights as Roman citizens. Those who purchased their citizenship did not have the same level of rights as free born (those who were Roman citizens by birth). It was in this cultural context that the Apostle Paul wrote to the young pastor, Timothy:

All who are under the yoke as slaves are to regard their own masters as worthy of all honor so that the name of God and our doctrine will not be spoken against. Those who have believers as their masters must not be disrespectful to them because they are brethren, but must serve them all the more, because those who partake of the benefit are believers and beloved. Teach and preach these principles.

If anyone advocates a different doctrine and does not agree with sound words, those of our Lord Jesus Christ, and with the doctrine conforming to godliness, he is conceited and understands nothing; but he has a morbid interest in controversial questions and disputes about words, out of which arise envy, strife, abusive language, evil suspicions, and constant friction between men of depraved mind and deprived of the truth, who suppose that godliness is a means of gain. But godliness actually is a means of great gain when accompanied by contentment. For we have brought nothing into the world, so we cannot take anything out of it either. If we have food and covering, with these we shall be content. But those who want to get rich fall into temptation and a snare and many foolish and harmful desires which plunge men into ruin and destruction. For the love of money is a root of all sorts of evil, and some by longing for it have wandered away from the faith and pierced themselves with many griefs.

But flee from these things, you man of God, and pursue righteousness, godliness, faith, love, perseverance and gentleness.(1 Timothy 6: 1-11)

The first paragraph describes how all believers, including ministers, are to behave. In that case, those “who are under the yoke as slaves”. Why? Because the way we live influences how others view our doctrine. Does Jackson and Sharpton’s behavior and doctrine of racism agree with or is it different than the doctrine and sound words of “our Lord Jesus.” If it is different does what they are promoting give rise to “envy, strife, abusive language, evil suspicions, and constant friction between men of depraved mind and deprived of the truth”? That is a question the reader should answer.