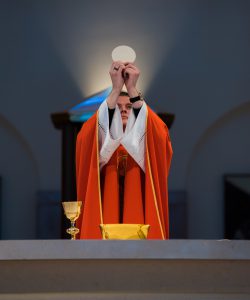 Photo by Josh Applegate on Unsplash

Two weeks ago our blog article Willow Creek’s Mixed Signals voiced our concerns that Willow on the one hand seemed to say they were going to begin training people in biblical literacy but on the other hand are planning on training youth leaders in mysticism at their Shift Conference. I know several very solid believers at Willow and hoped that I was misunderstanding what was going on. Perhaps, I thought, Willow’s leadership doesn’t really understand what the Emerging leaders are advocating. A friend who is a long time member of Willow Creek and has been involved in volunteer leadership in a number of Willow Creek ministries over the years sent out an email of concern a few days ago which began:

As an attender of Willow Creek I will beg your prayers as I make decisions on how, who and when to talk with leaders. I have already started a process. I do not have a goal for outcome , just a responsibility to contend for the faith I have been entrusted with. I offer up this resource and my opinion on it for those who are interested:

She then suggested we go Willow Creek’s new online magazine Willow, Reaching Seekers;Building Believers-Volume 14 Issue 4. The title of this issue is, “Ministry Shifts: The landscape of our ministries is shifting. Brace yourself for the aftershocks.” Our friend goes on to say:

The editorial is propaganda !

While I read it and see it as blatantly introducing a false gospel, I believe many will read it and only be desensitized to this movement away from the clearly defined gospel of 1Cor 15.:

Several of the quotes that were included came from the article “Shifts: Rediscovering Spiritual Formation: From Monastic Communities to the emergent church, spiritual formation continues to shift and change a whole new generation of Christians.” It is a long but descriptive and fairly accurate title. However, simply because those in the emergent church have Roman Catholic monastic mysticism and that it is growing and being embraced by Willow Creek and passed on from them to other WCA churches doesn’t mean it is a good thing. The author of the article in Willow. Keri Wyatt Kent, freely admits that this came from Rome on page 13:

Such disciplines have been part of the Catholic tradition for a long time, although they were often practiced primarily within the walls of the monastic community. Foster and Willard brought them to the evangelical community, although it took a while for mainline and evangelical churches to embrace them.

McKnight sees a trend toward wider acceptance and use of spiritual directors, which in the past was mostly a part of Catholic tradition..

McKnight says that he sees a growing number of evangelicals (especially younger ones) using traditionally Orthodox or Catholic practices, such as lectio divina, icons, candles and prayer books.

Our prayer really is our talking to and with God. God is a person and is involved in our lives. We talk with Him as we would with our wife, husband, friend or any other person. But, with the emphasis on the mystical prayer books (prewritten prayers) are further promoted and all of this is moving the church to embrace the the social gospel. The authority cited for this is Franciscan priest, Richard Rohr whose website The Center for Action and Contemplation. is part of the Jesus and Buddha Paths to Awakening Conference.

The message that is communicated is that fundamentalists and evangelicals have not been involved with or interested in the plight of the poor and discriminated against. This is false. For all of their faults, many of the fundamentalist and evangelical churches have been the ones leading the way in feeding the poor, helping the sick and visiting those in prison. They have done so in order to share the gospel and see them delivered from sin to salvation. As is often the case in emerging circles, there is a mad rush to the mystical elements of the past and a turning a blind eye to the role the Reformers and their believing off spring have played down through the generations. It appears that Willow’s joins forces with the emerging leaders is understood by the Willow leadership and is being handled in such a way as to diminish possible backlash by easing people into Roman Catholic mystical practices. Is this, as my friend said:

The editorial is propaganda !

While I read it and see it as blatantly introducing a false gospel, I believe many will read it and only be desensitized to this movement away from the clearly defined gospel of 1Cor 15.:

It also raises another story and a question. This week WorldWatch on CNEWS reported that Vatican-Orthodox commission agrees on primacy of Pope. Will the emerging movement and Willow Creek Community Church be far behind?